Salento’s Pizzica is the sort of music you can feel in the very dirt of the place. 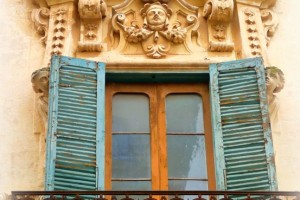 Like the blues of the Mississippi delta, the musical form — baked under the cruel sun of this extreme southeastern limb of Italy — took root in the fields. It was a tautly-wound, fiercely upbeat musical release valve from the inescapable pressures of a life of hard work, under a rigid social system.

Like the blues, the pizzica has a myth surrounding its creation: nothing so concrete as the devil at the crossroads, but several centuries more ancient. The music was viewed as the means to heal the bite of the taranta, a legendary spider who bit workers — especially women and most often during the months of harvest — and whose exorcism required multiple hours-long sessions of trance-induced ritual dancing.

, pizzica salentina has young practitioners who passionately champion the music, while others in the local arts community view it, at worst, as a useless folkloristic leftover.

Redefining such a music for a modern audience is a delicate task.

“It’s like finding an architectural structure, where at some point they built a stone wall in front,” says minimalist composer and pianist Ludovico Einaudi, concert master at this year’s La Notte Della Taranta festival. “Take away that wall, and the structure regains all its glory.”

If the pizzica is Salento’s blues, the music’s recent ascent should be viewed as part of the rising fortunes of Puglia, a booming region whose territory extends to include the heel of the Italian boot. Salento is the sole of the heel — as local legend has it, the Romans called this finibus terrae, the end of the Earth.

As Puglia has emerged in the past decade as a key player in south Italy’s economy, Salento has become the region’s biggest tourist draw — a sun-kissed land with some of Italy’s best beaches and baroque buildings.

During this period, pizzica has also found new life, as part of a youth-driven renaissance in local arts and music. Musical ensembles with members in their 20s and 30s have championed the music in Puglia and throughout Italy. Simultaneously, the region itself has been riding a wave of cultural ascendance.

“This has always been a place full of artistic ferment,” says Piero Rapana, vice president of Fondo Verri, a cultural center that stages plays and readings of work by young local artists in Lecce, Salento’s most important city. “But there were never spaces for artists. In the last 10 years things have changed. Now there are many spaces, maybe too many. Some of them are big, too.”

The most apparent manifestation of change and growth in Salento is La Notte Della Taranta, a two-week festival that places pizzica at the center of a program of world music. The festival, which this year takes place Aug. 13-28, brings in a concert master to select outside participants and arrange the music for the final concert. In the past Stewart Copeland of the Police has been at the reins of the festival; this year, it’s Mr. Einaudi.

The festival presents travelers a chance to visit Salento in the best way: from its urban periphery, to the region’s wild, rural interior.

Giorgio Doveri, who moved to Lecce 10 years ago to play violin for acclaimed local group Officina Zoe, says Salento’s pizzica “is a meeting between order and disorder, chaos and rigidity, in an emotional vortex that travels on the rails of minimalism and repetition.”

Mr. Doveri’s membership in Zoe is an example of the kind of pull the pizzica exerts in Italy right now. Mr. Doveri first heard the music while studying in Tuscany, through the concerts of pizzica ensemble Niuri te Sule. Both bands now operate in or near Lecce, a metropolis of about 100,000 with an historic center known for its startling baroque architecture.

In Lecce, balconies adorned in wrought iron hug narrow streets; the facades of churches are decorated with images of saints and beasts, fluted columns and baroque evocations hewn in the soft, yellowish rock known as pietra leccese. And Salento’s youthful cultural vigor is in full evidence.

The compact historic center, laid out between three gates, can be visited in one or two days. The finest example of Lecce’s baroque is the Santa Croce basilica, a 16th-century church whose ornate facade is iconic of the city. By night, theater and music are sometimes staged at the roman amphitheater at Piazza Sant’Oronzo.

Lecce’s independent Undici Ottavi (11/8) label manages a number of groups — some of whom have performed at La Notte della Taranta — who mix the sounds of the area with jazz, rap and Balkan music. The label also manages Livello Undiciottavi, a new complex that opened earlier this year five kilometers outside the city to provide artists with recording studios and performance venues.

A train ride alone, from Lecce to the inner core of Salento, is an instant trip into another era. Two-car convoys, whose engines rumble like 18-wheel trucks, cut across a dry, red-tinted land parceled by a geometry of stone walls and red earth covered by olive trees and tobacco fields. This is the heartland of Salento. Ten small communities recently christened themselves Grecia Salentina, literally translated as Greek Salento. Among other distinctions, the inner Salento is known for the use of Griko, a Greek-infused language that bears little resemblance to the Salentino dialect, and whose use has waned with the postwar generations. The wave of groups revitalizing the pizzica has allowed Griko to survive at least in embalmed form through the music.

“Those things that are bad are erased with time, and this is right,” noted Gigi Specchia, an artist from the town of Sternatia. “But we lose the good things as well, and I’m sorry for that. Because that was the language of our fathers.”

La Notte Della Taranta started in 1998 as a locally focused festival, part of a region-wide effort to revitalize Grecia Salentina’s fading ancestral heritage. The festival is itinerant, with concerts passing through a number of Grecia Salentina’s towns. Visitors, though, should stop at Sternatia’s Lu Puzzu pizzeria on a Tuesday night, when folk players young and old gather for a weekly impromptu pizzica session.

A public square anywhere, from bustling Gallipoli to the timeless seaside town of Otranto, can on any night become the site of a concert or a festival.

The essential stop, though, is Galatina, a city of about 30,000 that was once the destination of tarantate victims from throughout the region who came to seek the blessing of St. Peter, considered their patron saint. Scholars such as Ernesto De Martino have catalogued how poor families subjected themselves to the expenses involved in bringing afflicted relatives to the city; so strong was the draw of tradition and superstition.

The belief system behind tarantismo died out decades ago, but the three-day festival of Saints Peter and Paul at the end of June is still the best place to get a contemporary view of the customs once associated with it: especially compelling is the late-night phenomenon known as le ronde, improvised street performances of dance and music.

The performance on one night earlier this summer began with the sudden two-tone blast of a zampogna, an Italian bagpipe. As the instrument’s drone bounced off the walls of encroaching buildings, other musicians move in, forming a circle — here a guitar, there an accordion and several performers wielding the tautly-skinned hand drums known as tamburelli. An insistent, driving rhythm filled the space, and within seconds, a pair of well-versed dancers stepped inside the circle, wrapped in a trance, eyeing each other across the cobbles as they followed the steps of an ancient courtship dance. This resembles the purest form of pizzica.

“I’ve found it’s nicer on the streets than on a stage,” says concert master Mr. Einaudi, whose task is to assemble a program that reflects his own orchestral sensibilities, while staying true to the time-tested spirit of the music. Minimalism is the link between the two.

“There’s a harshness in the earth here, isn’t there?” he says. “…And it seems to me like both the voices and the instruments reflect this landscape, this earth baked by the sun.”